06 Nov 2020 The US has left the Paris Climate Agreement, while other countries have strengthened their commitments

Posted at 11:24h in Climate change by Federica Caruso

On November 4th, a day after Election day, the US has officially withdrawn from the Paris Climate Agreement, as promised by President Trump since the beginning of its mandate. This act comes after the Trump administration has rolled back nearly 100 environmental commitments and regulations during the last four years. Contrarily to the United States, China, Japan, South Korea and the European Union have recently strengthened their commitments in the fight against climate change. 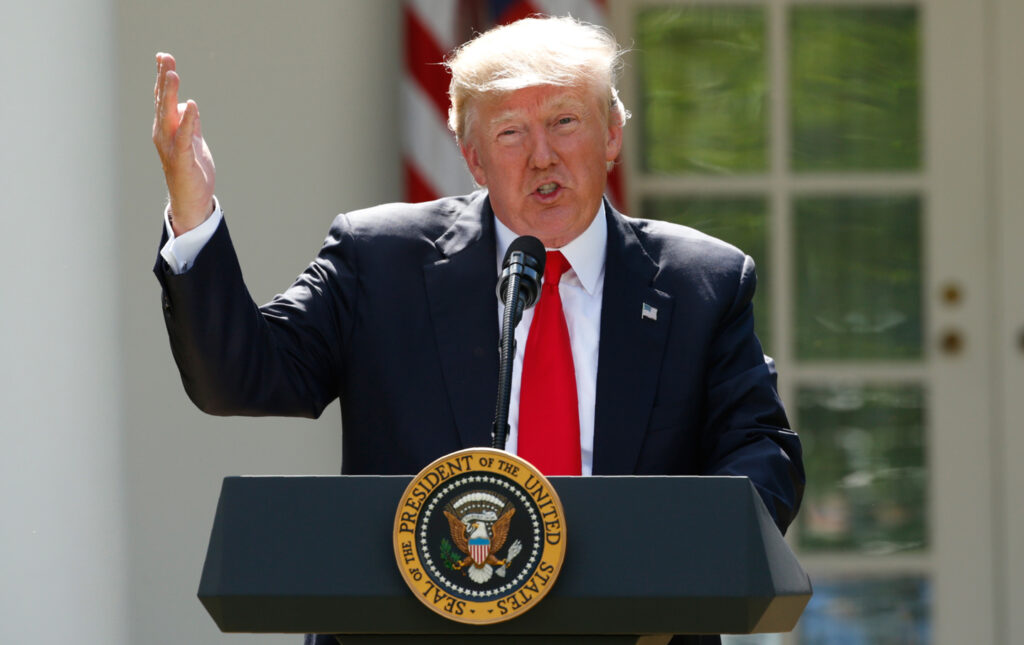 Donald Trump announces that the US will withdraw from the Paris Agreement, June 1, 2017. (Reuters / Kevin Lamarque)

On November 4, 2020, the United States has officially quit the Paris Agreement on Climate Change, exactly a year after the Trump administration started the withdrawal process from the accord.

The formal withdrawal from the Paris Agreement comes in line with President Trump’s clear intentions to remove the US from the agreement, as he has been declaring since the beginning of his mandate in 2017. He has, in fact, defined the global climate accord as “job-killing” and that it “punishes the American people while enriching foreign polluters”.

However, this act has not come in isolation, during the last four years the Trump administration has dismantled nearly 100 environmental commitments and regulations (as we have discussed in this previous post: http://en.sustainablevalueinvestors.com/2020/07/06/trump-continues-to-weaken-environmental-regulations-during-covid-19-pandemic/).

Currently, of the 195 countries that signed the Paris Agreement, 189 went on to formally adopt the accord. Among those that have not formally adopted the agreement, now together with the US, there are Angola, Eritrea, Iran, Iraq, South Sudan, Turkey and Yemen.

While the US now represents around 15% of carbon emissions globally, it is the world’s biggest and most powerful economy, meaning that by withdrawing from this global agreement, it creates trust issues and might induce other countries to do the same.

Contrarily to the US, which is become the first country to ever formally quit the global agreement, other countries have stepped up their commitment to fighting climate change. China committed to becoming carbon neutral by 2060, and South Korea and Japan both declared committing to reach carbon neutrality by 2050. The European Union last month committed to cut carbon emissions by 60% by 2030 and to make all member states carbon neutral by 2050 (read this post to find out more: http://en.sustainablevalueinvestors.com/2020/10/09/european-parliament-voted-to-increase-carbon-emission-cut-to-60-by-2030/). According to Carbon Brief, a climate analysis site, these commitments only put nearly half of the world’s carbon dioxide emissions under net-zero emissions targets.

The withdrawal from the Paris Agreement is not final, in the future the United States can opt back in. However, that will definitely depend on the results of the present 2020 Presidential election. At the moment, the United States is almost halfway in reaching, by 2025, a cut in emissions of 28% below 2005 levels, as set by former President Obama in Paris. Therefore, the country would have to set an emissions-cutting target even more ambitious than that in case it rejoins the Paris Agreement.