03 Dec 2020 Is China investing in Corporate Governance? And what about gender diversity?

Posted at 09:28h in Companies, Corporate Governance by Federica Caruso

Ever since the Chinese Economic Reform that took place in the 1980s, the concept of corporate governance in China has undergone a series of shaking changes, from barely existing and being vaguely defined to having increasing importance. However, despite the rapid economic growth of China in recent years, the institution of corporate governance is far from mature.

Even after the reform, the Chinese economy was entirely controlled by the central government, being most companies state-owned. In the 1990s, China took a step forward by establishing the Shanghai and Shenzhen Stock Exchanges and a new government agency, the China Securities Regulatory Commission (CSRC) which regulates the stock market. In the next 10 years, a modern corporate structure emerged and China passed the first official ‘Company Law’. The investment in the Chinese stock market skyrocketed in this period. However, the power imbalance between the individual and state-owned investors was still gigantic. 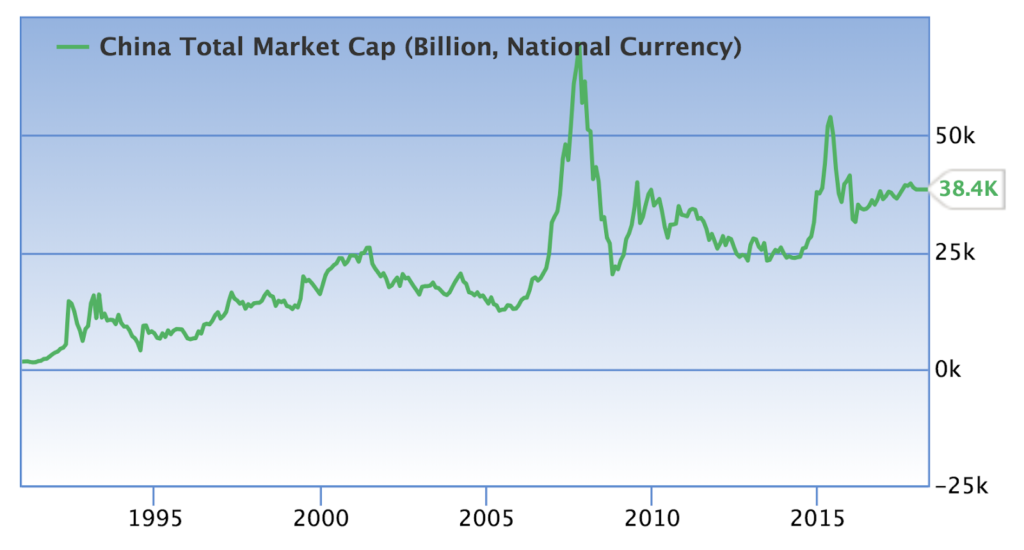 Also the proportion of state-owned enterprises was extremely high with two-thirds of listed companies in the Shanghai Stock Exchange being state-owned. The legacy from the state-controlled economy resulted in several corporate governance weaknesses such as the lack of independence of the board of directors, insider trading, reduction in the liquidity of the capital market, and resources being directed outside the company.

Nevertheless, China has been deepening the reform of state-owned enterprises which allows China to enter a new era of corporate governance. According to the state-owned media, CPC news, under the modern corporate system, the company should operate under the so-called ‘economic governance‘ that allocates resources, appoints senior management, and implements business objectives in a market-oriented way. This serves as a strong contrast to a company controlled predominantly by state-owned shareholders under a planned economy with the ‘administrative governance‘.

From 2018 and onwards, China has entered the fourth phase of the corporate reform, namely the era of corporate governance. However, according to an article from the China Institute of Corporate Governance, Nankai University, China is on the cusp of the new era in which two kinds of governance coexist and a ‘stalemate period’ is formed. The administrative governance that is in high alignment with the government governance coexists with the market-oriented corporate governance in state-owned companies, whereas the private ones are also highly regulated and supervised by the same government governance. Especially with President Xi taking up the reins, the “new type of political-business relationship’ has reinforced the government governance, even in private companies, requiring private and foreign-owned companies to establish the so-called “grass-root level party organization‘. For example, in response to Xi’s call, in Zhejiang, where Xi was a former leader, a hundred government officials were deployed to the first batch of a hundred key companies such as Alibaba. Recently we have also assisted to the suspension of the Ant’s IPO.

On the other side, China’s State Council stated that companies should improve ways for institutional investors to contribute to corporate governance. This is reflected in a multitude of facets. Companies have been pushed to address stock pledge risks, whereby shares are pledged to banks as collateral to secure funds — a ubiquitous and ongoing concern in China. Regulations against market manipulation and insider trading are targeted as well. Foreign investors are also prompting the authority to step up governance standards and it is clear that with an increasing appetite for foreign investment, China will be assessed by global standards also in terms of corporate governance.

Let’s take for example gender diversity. Albeit being testified by data that companies with greater gender diversity outperform their less gender-diverse peers, gender diversity is still a prevalent challenge in the corporate governance development in China, similar to other Asian countries. Whereas HKEX encourages listed companies to promote board diversity by asking companies to explain how the independent non-executive director nominee would contribute to the diversity of the board, mainland China has not released any specific regulations on board diversity. From MSCI’s research in 2019, 32% of the Chinese companies had all-male boards. Among the top 25 companies by market cap with no women on boards, 12 are from China which is nearly half. However, gender diversity is undoubtedly not a unique problem in China. From a global perspective, Europe has the highest percentage of female directors which is 22.6%, still significantly low. The U.S. has a relatively smaller share that stands at 14.2%. Asia has the lowest percentage among the three which is only 7.8%. Apparently, countries in Asia including Japan, Hong Kong, and Mainland China are lagging far behind their European or US counterparts in this respect. However, even though women comprised only 11.4 percent of total corporate boards in China as of 2019, the trend is steadily increasing. The proportion readily increased from 8.5% in 2016 to 11.4% in 2019.

Since the 1980s, the past forty years have proven to be a brand-new and revolutionary journey for mainland China in corporate governance. To better embrace the new era of corporate governance and to open up to more global investors, China has shown mixed efforts, now is time to show determination.