Posted at 12:17h in Climate change by Federica Caruso

President Xi brought forth an ambitious goal of reaching peak carbon emissions by 2030 and carbon neutrality by 2060. The goal is regarded not just as a de-carbonization goal but also as a driving force to facilitate socio-economic progress. Various strategies were introduced for this green revolution. Yet, skeptics are questioning the feasibility of reaching such an ambitious goal, especially when China’s tie with coal is strong due to various reasons including China’s energy security concerns. 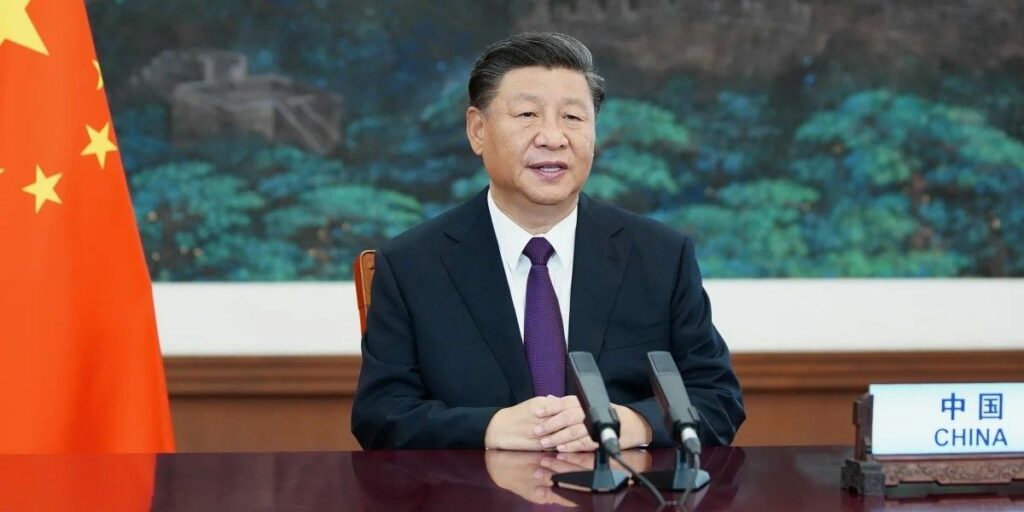 President Xi pointed out at the general debate of the 75th UN General Assembly that China will increase the national contribution, adopt more powerful policies, and strive to reach its peak carbon emissions by 2030 and carbon neutrality by 2060. The Ministry of Ecology and Environment further commented that the goal is not just to cut emissions but also to obtain a driving force for the country’s high-quality development and socio-economic progress.

How is China planning to achieve this goal? To begin with, carbon dioxide emissions must be significantly reduced which will force the continuous adjustment and optimization of the energy and industrial structure, and drive the strong growth of the green industry. Taking air pollution control as an instance, the existing system still has a high focus on end-of-pipe control. The structural adjustment should be brought forth to tackle the root causes of pollution.

A few predominant strategies have been mentioned. The industrial and structural transformation with increasing intensity is one of the top priorities. More digitalized means will be employed to achieve low carbonization. Resources will be conserved by developing a circular economy. Moreover, energy alternatives will be developed with an aim to build a near-zero emission energy system. Nature-based solutions will be plumbed especially in agriculture, forestry, grassland, and other systems to ensure 800 mln tons of carbon dioxide are absorbed each year.

Today, China still accounts for nearly a third of the carbon emissions that eventually deteriorate global warming. 60 percent of China’s energy use still comes from coal. China is also the world’s second-largest consumer of oil following the United States. Two-thirds of the growth in global carbon emissions originate from China whereas US emissions peaked in 2007. With Trump pulling out of the Paris Agreement, China’s pledge was applauded by leaders worldwide. Undoubtedly, this ambitious target, if achieved by 2060, will bring drastic changes to the environment and serve as an example for other developing countries to follow suit. Numerically speaking, the target will lower global warming projections by 0.2 to 0.3 centigrade, according to Climate Action Tracker, a non-profit research group.

Seemingly, China is determined to go green. However, mass coal projects show otherwise. “Coal is just so important in China from an energy supply and security point of view, and local governments don’t believe it is possible to get rid of coal immediately,’ says Yang Yingxia, a senior fellow at the Boston University Institute for Sustainable Energy. Adding to this, a rather skeptical comment follows, ‘I don’t think the Chinese government has a crystal clear sense of how to get to carbon neutrality by 2060.’ Indeed, China has shown continued interests in fossil fuels represented by continued investments and an unwillingness to bring forth a moratorium on coal. The plan of the China Electricity Council serves as another blatant proof. Representing China’s power industry, the Council claimed the country is striving to increase the installed capacity of coal power from the current 1.05 bn kilowatts to nearly 1.3 bn by 2030. Many critics believe the core energy status of coal is contrary to China’s zero-carbon goal. China’s commitments were even strongly attacked by the former Trump administration alleging that China had a record of ‘deceitful environmental practices.’

When the world is weaning itself off coal, Beijing is still funding newly commissioned coal projects, not just domestically, but globally. China has been criticized for exporting high-emission projects through the “Belt and Road” initiative. China’s overseas investment through this policy still focuses on fossil fuels, reflected by the fact that more than 40% of the “Belt and Road” investment was used for energy projects related to coal.

Some skeptics also suspect the ambitious goal might just be a stunt, employed to build up a positive figure for the Beijing government to increase its status in global diplomacy. Following Trump’s isolationist strategy, China might wanted to exploit the crevice between Europe and the US by taking the moral high ground on climate change which clearly accords with the prevalent European values. Some others claim this could be solely a strategy to distract global criticism away from Beijing’s role as the culprit in the pandemic.

China’s 14th Five-Year Plan is currently being drafted which serves as a blueprint for the upcoming economic development. This plan, which will be released next year, will flesh out further details as to Beijing’s real determination in going green and the world will be watching.