The world’s largest IPO, the listing of Ant Group, has been suspended last-minute. The Shanghai Stock Exchange announced the suspension claiming the Group has failed to meet the issuance and listing conditions or information disclosure requirements. However, is this the full story? 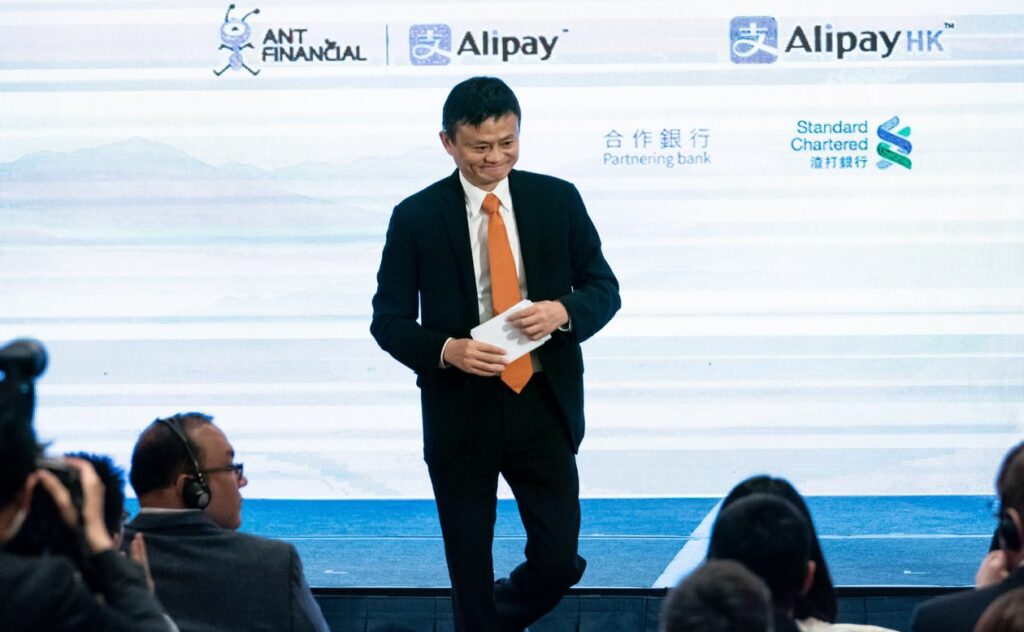 The world’s largest IPO – the listing of Ant Group – has been suspended last-minutely. The founder Jack Ma, the chairman of the board, and the CEO were interrogated at a so-called supervisory interview citing major issues. The Shanghai Stock Exchange announced the suspension claiming the Group has failed to meet the issuance and listing conditions or information disclosure requirements. However, is this the full story?

Ant was founded by Jack Ma who is known as the founder of Alibaba. In fact, Ant was spun out from Alipay,  a third-party online payment platform used by Alibaba. The Hangzhou-headquartered Ant is set to raise US$34.5 billion in its dual listing. The 11 percent of the company was planned to be sold in both Hong Kong and Shanghai, divided equally. The retail tranche in Hong Kong was oversubscribed by more than ninety times, which displays investors’ fervor towards this world’s highest-valued Fintech company and the most valuable unicorn company. However, on the eve of the IPO, China stopped the listing from moving forward.

The supervisory interview is a unique institution in mainland China. The authority department with administrative power can regulate and supervise subordinate organizations regarding incorrect operative behaviors through supervisory interviews. For instance, the Ministry of Ecology and Environmental Protection repeatedly ‘interviewed’ local governments due to excessive air pollution, asking for strengthening regulations. The interview of Ant Group, which was co-conducted by the People’s Bank of China, the China Banking and Insurance Regulatory Commission, the China Securities Regulatory Commission, and the State Administration of Foreign Exchange, was unparalleled and revealed the highest level of attention from the central government.  ‘The changes in the fintech regulatory environment and other major events’ leads to ‘your company does not meet the issuance and listing conditions or information disclosure requirements’, explained by the Shanghai Stock Exchange officially. The influential Chinese state media People’s Daily commented on the suspension and said the suspension would ‘safeguard the rights and interests of financial consumers’ and ‘the top priority of the Ant Group is to earnestly rectify and reform according to the requirements by regulatory authorities.’

The publicly available and official story ends here. However, it seems to be rather incomplete. Conspiracy theorists have attempted to relate the suspension with Jack Ma’s outrageous and potentially defiant remark during his presence in the Shanghai Bund Financial Summit. Ma strongly criticized the ‘pawnshop thinking’ of the Chinese banking industry and that the ‘Basel Agreement’, which restricts the global banking industry, resembles more of an elderly club. He also asserted that the aging financial system with a complex system must be solved. His bold comments led to a strong backlash from both the mainland banking industry and official media.

A bold comment might not have directly led to the suspension, however, what it entails has profound meanings. ‘The CEO of Ant Group has proudly described how the group will bring forth the revolution of future currencies, however, he and other tycoons seem to have forgotten one thing, their companies are still in China’, pinpointed by a BBC analyst. In fact, this unusual suspension might affect the risk perceptions and trigger concerns of international investors regarding deep problems in China’s financial market and uncertainty.

The volume and coverage of the Ant Group are gigantic. The payments business of the group has developed into the largest of its kind in the world, surpassing Visa and Mastercard. The group processed a gigantic number of transactions with more than $17tn in the year to June. Not only that, the group possesses an enormous amount of big data from users which, so far, is still privately held by the group, not directly owned by the government. China’s financial market is far from liberalized with heavy central intervention. Emerging fintech companies and innovation represented by the Ant Group might pose a threat to such centralized control. Ant Group’s goal, as illustrated in another comment given by Ma in the summit, might as well be considered as a threat. Ma said, ‘The credit system should not be based on acquaintance society but on the basis of big data. This is the only way of equalizing credit with wealth.’

On the morning of November 2, the China Banking and Insurance Regulatory Commission held an enlarged party committee meeting to reiterate that financial activities will be fully incorporated into supervision in accordance with the law, and similar businesses and entities will be treated equally. Much stricter measures are imposed on various aspects of online financial activities including the leverage ratio used by small loan companies. Both ‘Huabei’ and ‘Jiebei’, two subsidiary companies of the Ant Group, do not fulfill new standards set forth in the meeting and must either increase capital or contract the scale of credit.