09 Oct 2020 How to solve the present Lebanon’s financial and liquidity crisis?

Posted at 13:30h in ESG by Federica Caruso

We continue our report on Lebanon. In our previous installment, we took a closer look at Lebanon’s banking sector and its underlying monetary system which has strong responsibility in the present financial crisis. Today Lebanon is one of the most indebted countries in the world, with a consolidated debt of around $90bn, of which around $30bn of foreign currency-denominated debt. It defaulted on its foreign currency $1.2bn Eurobond in early March 2020. Lebanon is coping with increasing inequality, unemployment, poverty and social unrest. We present some of the solutions brought forward to address the present crisis. 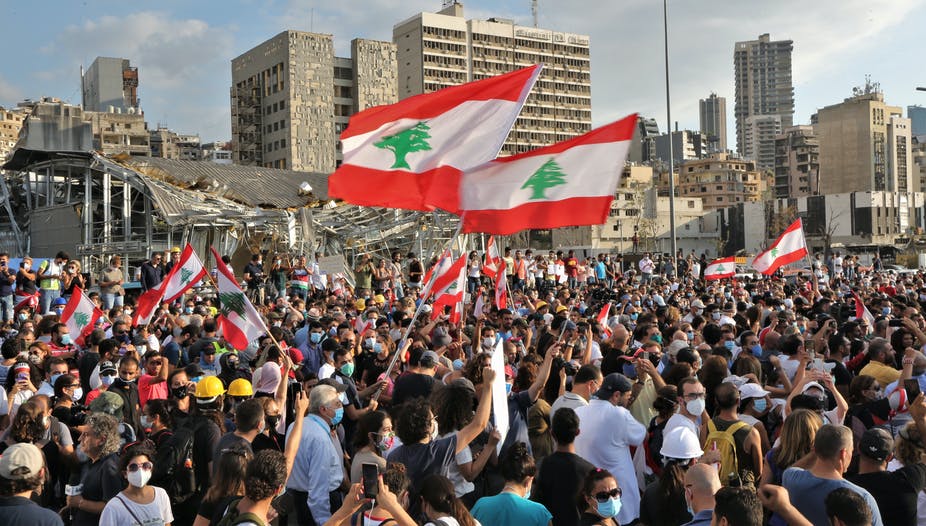 In our previous installment, we took a closer look at Lebanon’s banking sector and its underlying monetary system. The Central Bank has for decades been implementing speculative financial measures and swaps with local commercial banks contributing to the present liquidity and financial crisis. The Lebanese state, one of the most indebted in the world with a consolidated debt of around $90bn, of which around $30bn of foreign currency-denominated debt, defaulted on its foreign currency $1.2bn Eurobond in early March 2020. Lebanon’s present economic and financial crisis is the most serious in the country’s modern history, notably since it is coupled with a nonproductive economy, rendering it heavily dependent on imports in foreign currency that have only added more strain onto its middle and lower classes. Increasing poverty, unemployment rates, and inflation have recently skyrocketed. Hence, the country is in dire need of solutions to its current liquidity crunch.

A popular solution at the moment is one brought forward by the French president, Emmanuel Macron. The president visited Beirut two days following the blast and has been pushing for financial reforms in order to unlock international aid ever since. Those reforms include auditing state finances, privatizing state assets (including the telecom and electricity sectors), implementing tax hikes and cuts to subsidies, and modernizing the outdated Lebanese judicial system in a bid to achieve financial soundness in the country. France’s intervention in Beirut’s financial affairs dates back to the country’s occupation of Lebanon. Therefore, it comes as no surprise that skepticism over whether French aid is provided as a sign of solidarity or a renewed sense of neocolonialism is present. Delegitimizing Lebanon’s incompetent elites to garner support from global actors is not a novel strategy, but rather a repackaged set of French austerity measures. Macron’s plans for the country rely on the CEDRE Conference[1] where the majority of aid is provided in the form of loans, which stipulates the implementation of conservative tax policies. Participants of the conference range from countries including the US and the Gulf states, to international financial institutions (IFIs) such as the World Bank and the IMF. Measures sought out by Macron are very much tied to the demands of the IMF. Aid granted to Lebanon in the past has always been accompanied by the implementation of structural reforms to ensure revenue generation.

Concerning IFIs, talks between the Lebanese state and the IMF have not progressed. In fact, Lebanon’s lead negotiator for Eurobond restructuring, Talal F. Salman, has recently resigned due to the lack of commitment from the government to the required reforms of the IMF. Talks about a bailout worth over $10 billion are on hold as the state is still attempting to consolidate views with key stakeholders about the structural adjustment programs. Kristalina Georgieva, the IMF’s managing director, has said that although the institution is willing to help, the laid out debt restructuring reforms that encompass austerity measures and privatization are required to be approved of and more importantly, committed to. Other solutions brought forward include the implementation of haircuts on large bank accounts. However, those proposals were immediately rejected by the government in order to retain those deposits’ accumulated value. What the banks had been, and are currently, implementing are restrictions on how much smaller depositors are allowed to withdraw.

In addition to the financial reforms that IFIs and neocolonial states wish to impose, we had previously introduced another prospective solution to Lebanon’s banking rule; the Nationalize the Banks! movement. It is one of the many movements born out of the October 17, 2019 revolution. The uprising was a response by the people against corruption and inequality aggravated over the years by the present political ruling class. The movement was created after Lebanon’s monetary catastrophe was finally exposed to the public. Accordingly, groups made up of small depositors would storm the banks demanding the right to withdraw their own cash. On the one hand, it is a call for action to address the hyper-financialization that is keeping an entire country hostage to private capital. Anyone unable to withdraw their own money due to the draconian measures imposed by the private banks had the opportunity of getting in touch with others in the same predicament. In that sense, it is a movement for and by the people. On the other hand, it creates a political discourse. By demanding to nationalize a sector that was once dubbed a pillar of the economy but has proven to be the main culprit for its crumbling, the movement targets the financial entities and the politicians behind them. It shifts the blame back onto those in power who, through their clientelistic networks, have attempted to displace the socio-economic crisis onto sectarianism and identity politics in a bid to further divide and tighten control over the country. Nationalizing the banks requires the cancellation of public debt, demands that the looted money be redeemed, and gives room to the very possibility of productive capabilities.

Moreover, it allows inhabitants to envision a collaborative society by forming committees that are accountable for their actions through proper monitoring processes in place, so avoiding the lack of transparency and accountability that has plagued the banking sector for decades. This is why it is imperative to include the public in designing such a process. Democratic elections rather than nepotism are the ruling narrative under such a movement as any solution brought forward places the wellbeing of people at the forefront of the battle against corruption and crony capitalism. Inhabitants of the country don’t want to pay the price of the political class’ monetary policies that have been subjecting the majority of the population to a prohibitively expensive and unjust life. It is a movement that gives the country a common ground, where inhabitants of all nationalities would have access to comprehensive health care and other care services without having to choose among them. It is a movement that demonstrates to people the power of solidarity and gives them a regained sense of self-determination, and it does so through civil society organizations and grassroots movements.