Posted at 12:22h in Biodiversity, Climate change by Federica Caruso

The Global Biodiversity Outlook 5 (GBO) unfortunately, confirms that the Aichi Biodiversity Targets have not been globally met. As the UN Biodiversity Conference in Kunming in China approaches, and the new 2021-2030 targets will be defined, the international community has to reflect on past mistakes and accelerate the transition towards the #2050 vision of living in harmony with nature.

The Aichi Biodiversity Targets were first envisioned in the Strategic Plan for Biodiversity (2011-2020), an agreement that was reached between environment ministers during the 10th meeting of the Convention on Biological Diversity (CBD) in Nagoya, Japan. The convention, first signed in 1992 in Rio de Janeiro, precisely aims at (1) the conservation of biological diversity, (2) the sustainable use of the components of biological diversity, and (3) the fair and equitable sharing of the benefits arising out of the utilization of genetic resources.

In particular, the Aichi targets are a set of 20 time-bound and measurable objectives focusing both on the state of biodiversity itself and the pressures affecting it, and on a wider set of drivers and responses well beyond the scope of environment ministries, nature protection agencies, and conservation organizations. These can be clustered around the following 5 macro areas:

Already since the beginning, not only these targets were considered to be insufficiently ambitious in order to effectively reverse the decline of habitats and species, but there were also widespread concerns that they were inadequately funded. As the latest Global Biodiversity Outlook 5 (GBO 5) proves, these doubts were valid as, having reached the 2020 deadline, none of these targets have been globally met and wildlife and life-sustaining ecosystems continue to be irreversibly damaged every day. More in detail, however, we witness a dichotomous trend: whereas indicators relating to policies and actions in support of biodiversity show positive trends (22 of 34), those relating to the drivers of biodiversity loss and the current state of nature are instead worsening (9 out of 13 and 12 out of 16 respectively).

Focusing at the national level, countries report that only a third of all national targets are on track to be met (34%) and very few are exceeded (3%). For the remaining half of the national targets (51%), the current rate of progress will not allow these targets to be met. Moreover, as parties to the Convention were allowed some flexibility in order to take into account internal needs and priorities, national targets were generally poorly aligned with the Aichi ones, both in terms of scope and ambition. 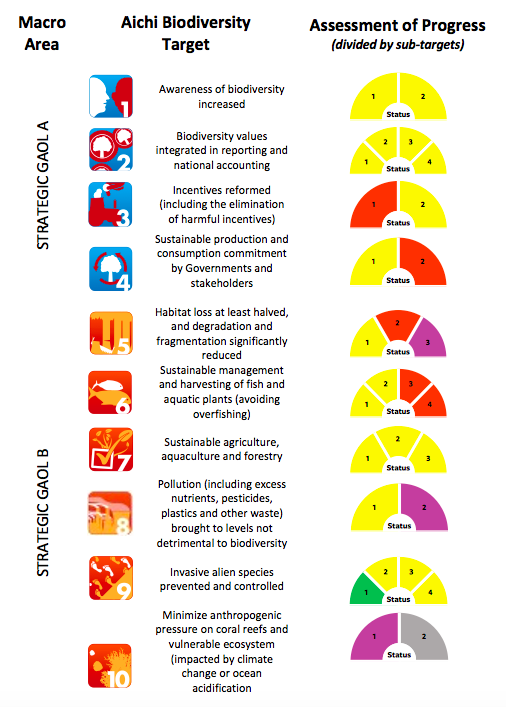 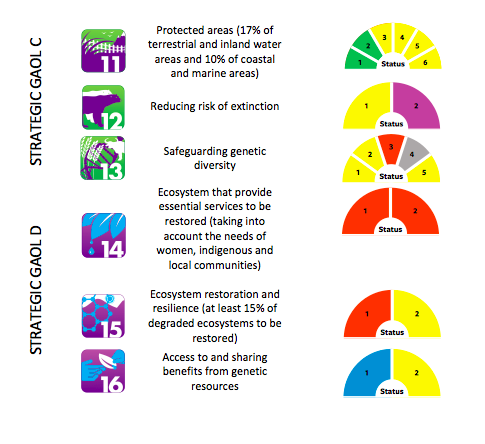 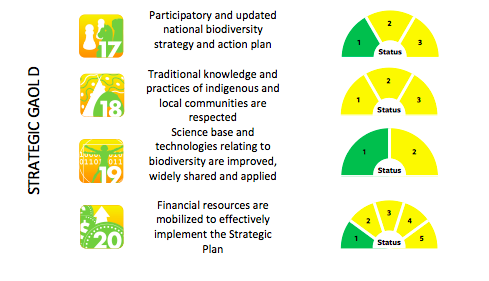 This bad outlook has not only worried environmentalists but the business community too, as the World Economic Forum’s 2020 Global Risk Report warned that biodiversity loss represents the second most impactful and third most likely risk for the next decade, ahead of infectious diseases, terror attacks, and interstate conflict.

On a more positive note, The GBO 5 also provides some positive examples of progress which, if scaled up, could support the transformative changes necessary to achieve the 2050 vision of living in harmony with nature. For instance, conservation actions succeeded in reducing the number of extinctions through protected areas, hunting restrictions and the control of invasive alien species, as well as ex situ conservation and re-introduction. It is hence of utmost importance to examine how these best practices could be replicated, adapted, and bettered in order to sustain improvements globally.

The entire world should not make the mistake of considering the failure of the Aichi targets as an unfortunate accident, but instead as just another example of history repeating itself. In fact, already in the previous decade, the international community failed in meeting targets to reduce biodiversity decline that were agreed upon during the 2002 Convention on Biological Diversity. As a new decade is about to start, the next Conference that, due to the Covid19 pandemic, has been postponed to March 2021 in Kunming, China, will likely close the round of negotiations on the 2021-2030 targets. The 20-point draft of the agreement that was published in January commits signatories to protect at least 30% of the planet, introducing controls on invasive species and reducing pollution from plastic waste and excess nutrients by 50%.

Looking ahead to 2050, there is no ideal pathway on how to radically depart from business as usual that applies equally to all regions and all circumstances. The international community is hence called to the adoption of a framework that should be flexible enough to accommodate the heterogeneity of conditions and values between states, whilst still providing a harmonized and structured path. 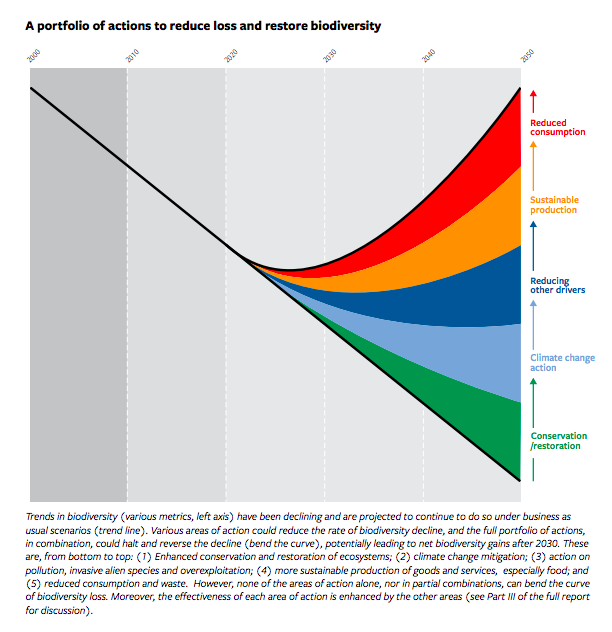 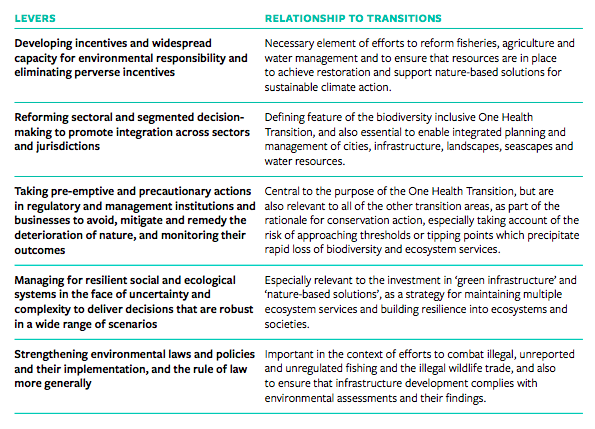