Posted at 17:02h in Corporate Governance, Infrastructure by Daniela Carosio 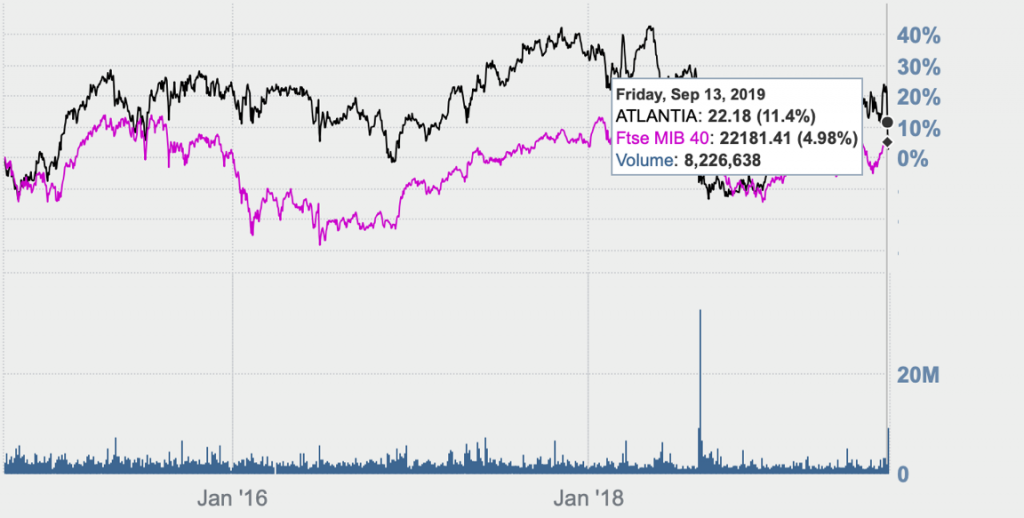 On Monday, Atlantia shares fell sharply as evidences of misconduct of two subsidiaries in the maintenance on Genoa bridge started to emerge. Alleged misconduct includes falsifying reports  and / or excluding some key informations on the health of the bridge, whose collapse caused 43 deaths last year.

As the decision of parent company Edizione holding is to move forward and make a change from the misconduct that contributed to the collapse, Atlantia announced after yesterday’s special board meeting that long-standing CEO Giovanni Castellucci will step down from its role immediately and leave the company next week. The announcement comes after a year-long struggle between the company and Italian political party Five Star Movement, which demanded multiple time to remove Autostrade per l’Italia (Atlantia subsidiary that ran Genoa bridge) its profitable motorway concession.

According to Atlantia, Giovanni Castellucci already owns about €7 million in shares and will receive a payment of €13 million to leave the company, apart from continuing to retain its company benefits such as company car and housing for a certain period of time. This is a bit controversial considering the loss of value in stock prices that affected shareholders and, most importantly, Morandi Bridge human and economic consequences. 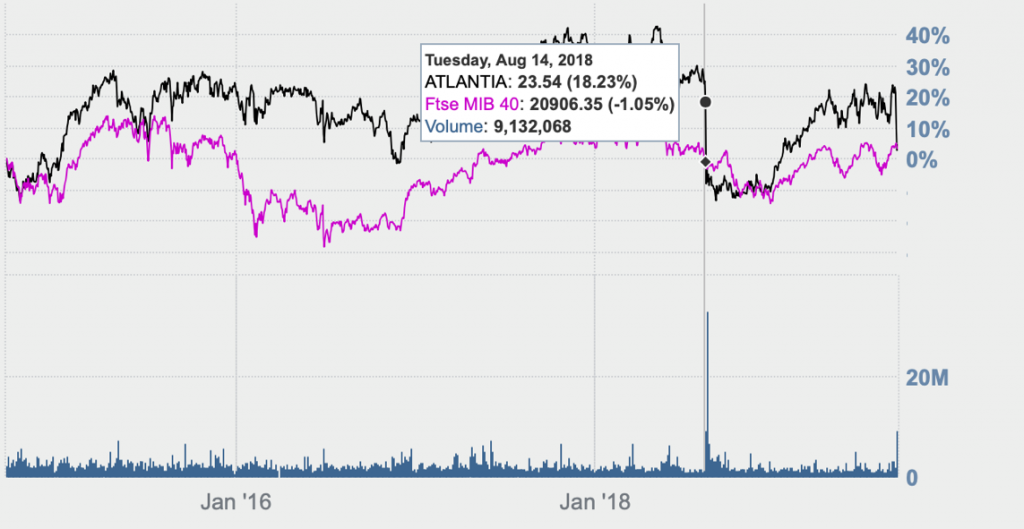 Atlantia’s shares after the collapse of the Morandi bridge – Source: Borsa Italiana