Posted at 15:36h in Deforestation by Daniela Carosio

Not only Amazonia: large parts of Earth are burning, and the problem might be bigger than it appears.

Journalists have focused on the enormous devastation that is occurring in Amazonia this year: in comparison to last year, the number of fires in the region has enormously arisen (experts say +145%), with tremendous impacts on global warming and climate change.

Those fires are strictly linked with deforestation: large parts, in fact, have 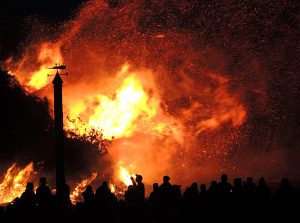 occurred in regions that have been deforested to leave space to agriculture and pastures. It is evident that global business is playing a large part in this disaster, as the demand for agriculture from South America comes in large part from industrialized regions such as EU and USA.

But, as mentioned before, Amazonia is not the only region that is burning.

During summer, there has been a vast amount of fires in Siberia, whose smoke reached North America, Alaska and Canada. Reports say that the smoke cloud covers an area that is vaster than EU.

Russian government declared that the cause were unusual drier temperatures, tracing back the causes to climate change and pollution.

2019 is being a difficult year also in Indonesia, where between January and 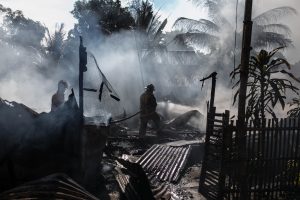 May 42.740 ha have already been destroyed, doubling the size of last year record. Some regions already declared the emergency status, but we have to wait until the year to sum up the situation, as dry temperatures are waited to come during the next months.

Also in this case, Peatland Restoration Agency (BRG) pointed out that the cause is to be traced back to extensive agriculture.

The regions mentioned above are just a part of a wider problem that involves the entire earth.

Consequences are enormous and tremendous: direct and indirect CO2 emissions, damages to plant life, risks for animal species, damages to the whole ecosystem of the area, cancer risks for those who live near the area and many more.

We are in front of a problem that can no longer be postponed, we have to face it if we want to save our planet. The “deadlines” given by experts are approaching, non-reversal damages might come in 2030-2050 if we do not act properly, extensively and effectively now.