Posted at 17:06h in Pharma by Daniela Carosio

On August 26, 2019, Johnson & Johnson was ordered to pay USD 572 million in Oklahoma, the US, to resolve allegations of fraudulently downplaying the hazards and overemphasizing the benefits of opioids.

According to the ruling from a US County Court, the firm has used 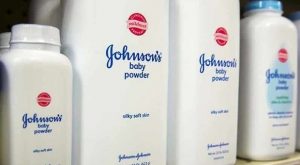 misleading and risky drug marketing strategies that apparently contributed to the abrupt rise in opioid deaths and addiction cases, and it has also violated Oklahoma’s public nuisance laws. Reportedly, the fine was significantly lower than the USD 17 billion judgment sought by Oklahoma, which had claimed that USD 17 billion would cover 20 years’ treatments and services needed to rectify damages caused by the opioid crisis.

Earlier in 2019, Teva Pharmaceuticals and Purdue Pharma paid USD 85 million and USD 270 million, respectively, as settlements in relation to the opioid addiction crisis. Meanwhile, a news report has mentioned that Kentucky’s State Supreme Court has upheld a ruling ordering Purdue Pharma to release documents about the marketing of the opioid painkiller OxyContin.