04 Aug 2019 Renewable energy is good money, not just good for the earth

Posted at 14:55h in Climate change, Oil and Gas by Daniela Carosio

As the Financial Times points out in the article dated August 4, 2019, climate change is not anymore just a mere ethical issue concerning our planet health, but also as the call for socially responsible investments.

Indeed, investors are starting to have concerns over the long-term returns 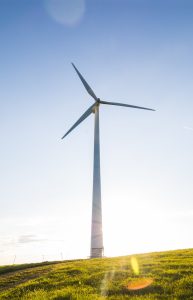 of fossil fuel energy sources, especially after the European utility sector has lost hundreds of billion of euros in capitalisation since the deployment of wind and solar power.

The first reason behind renewables being today competing energy sources is that they have a short-run marginal cost of zero and infrastructure costs that dropped over the past five years.

A reasearch by BNP Paribas Asset Management found that for the same $100bn capital outlay to be invested either in oil or renewables, wind and solar projects will produce 3 to 4 times more useful energy to power a car than oil will at $60 a barrel, for diesel-powered vehicles.  So, also from and economic point of view, it seems difficult to identify oil as the first class fuel.

Thus, the returns in upstream oil projects seem to be destined to decline as

oil is competing with renewable sources that produce energy at lower cost and with 40% of the current oil demand coming from sources that might be easily electrified.

For further information on the topic, see the articles listed below: