Posted at 13:33h in Mining by Daniela Carosio

The failure of three Vale dams (Corrego do Feijao Dam) in Brumadinho on January 25, 2019, is considered to be the worst workplace disaster in Brazil’s history that might also become one of the world’s deadliest industrial disasters of the 21st century. On January 28, 2019, the death toll reportedly stood at 65, while 279 individuals were still missing. Residents are also said to be among the 65 victims. The Shell/Basf Agrochemicals 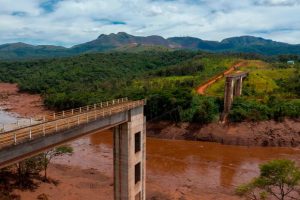 Production Plant of Paulinia, which started operating in 1977, has been considered responsible for the second worst disaster, wherein 62 workers died due to the exposure to pesticides. The case reportedly affected more than 1,000 workers. On third rank, Vale, BHP Billiton, and their subsidiary, Samarco, have been mentioned for the 2015 tragedy in Mariana, referring to the Fundao Tailings Dam burst. The dam collapse killed 19 people, contaminated rivers, and destroyed the impacted region. Further mentioned industrial accidents include Union Carbide’s gas leakage at the Bhopal Plant that caused approximately 20,000 deaths in 1984 in India; a BASF factory explosion that killed 561 people in 1952 in Germany; and a Petrobras oil-pipeline leakage that allegedly caused the Vila Soco favela to go up in flames in 1984. It is estimated that the incident resulted in 508 casualties. The Trans-Amazonian Highway has been cited for ongoing workplace deaths.