It is a sad Luna Park that has been started around the video game company GameStop: an initial simplistic “David versus Goliath” narrative, or in this case “millennial traders versus Wall Street hedge funds” has been replaced by a much less exciting reality and has highlighted other unresolved issues. 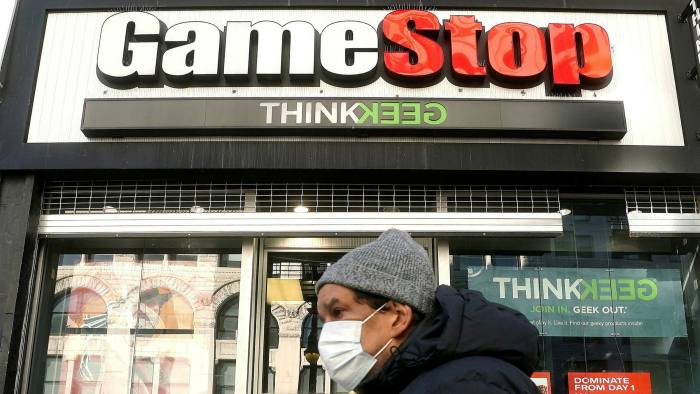 GameStop (GS, from now on) is an American company, listed on the New York Stock Exchange, that manages a chain of stores for the sale of video gamesworldwide. The company has long appeared to be in decline, just like the business that made its reputation. Moreover, the company in September 2020 declared the need to close between 400 and 450 stores by the end of the year. The results of the third quarter of the fiscal year 2020 showed a decline in net sales of more than 30% compared to the same period in 2019: the pandemic effect is just the ultimate cause, the main trouble lies in the drastic decline in purchases of video games in store in favor of digital ones registered in recent years. GS stock for these reasons was trading on Dec. 9 at closing at $13.66.

The turning point of this story occurs on Jan. 11 of the current year when the founder and former chief executive of the e-commerce platform Chewy (an American online retailer of pet food and other pet-related products), Ryan Cohen, joins the board of directors of GS, a sign of how the company had decided to focus on e-commerce for a breakthrough. The event pushes up the value of GS shares, triggering the stock market parallel and opposite effects.

On the one hand, the retail traders gathered mostly on the r/wallstreetbetspage of the Reddit forum: a reference page for small bettors that has seen an increasing membership during the pandemic period and, as a result of the events in the discussion, has grown from 3 to 8 million members in just a few days. These retail traders jumped on GameStop’s announcement, and in just a few days the stock closed at $31.40 a share on Jan. 13, a spike of more than 50% since the Jan. 11 announcement. But how? Mainly through Robinhood, an online trading app, characterized by very low or no costs and commissions and for this reason the main tool for non-professional investors.

On the other hand, hedge funds, such as Melvin Capital and Citron Capital, have deployed a well-known move to bet on the decline in the value of the stock, namely short-selling: the sale of borrowed shares (for a fee) with the expectation of buying them back later at a lower price to return them to the lender. The effect was the desired one: lowering the value of the listing.

Those who have been defined, minimizing, as “millennial traders” of the Reddit forum began to cooperate buying GS shares to raise its price. Short sellers were forced to quickly buy back shares (a process known as ” hedging”) to avoid huge losses, further helping to increase demand and push the price up. GS stock on January 27 was worth $354.83 per share at the opening. Melvin Capital admitted to losing 53% of its investments in January.

The inevitable global spotlight has led the media to ride the wave of the classic ” David vs. Goliath” narration and thus the revenge of the millennial generation against the financial powers of Wall Street forced to make huge losses as a result of their uncontrolled gambling. A narrative that has become more and more prevalent after the limitations on transactions of the shares of several companies, including GameStop, by some trading platforms including Robinhood, just as the value of the stock was reaching its peak: an initial explanation was the “limitation of the excessive volatility of the market”, but later it was reported that the decision was taken based on the deposit requirements imposed by the Depository Trust & Clearing Corporation to guarantee transactions, deemed so high as to impose a limitation on transactions (we are talking about 3 billion dollars).

The authorities are currently carrying out further investigations, with particular attention to the app’s business model: the relationship between Citadel Securities, Robinhood’s most important partner and main source of income, and the Melvin Capital fund, one of the most affected by the trading boom linked to GS, raises the greatest suspicions. Citadel a few days ago injected together with other Wall Street giants 2.75 billion dollars in the failing Melvin Capital fund.

The limitations of Robinhood and the other platforms, together with the declarations of Janet Yellen (Treasury Secretary) who called attention to the incident of the main regulators of the SEC, the Commodity Futures Trading Commission and the Federal Reserve, have contributed to lower the value of the stock, which at the closing last Friday was traded at 63.77$.

The clouds around this affair are becoming thicker and thicker and, together with these, the idea of the fight against the Wall Street giants seems to be deflating, especially since it took place through a typical financial speculative operation: the difference, compared with other times is that, in this case, the challenge is between those who have the means and knowledge to invest in stock markets and common, self-coordinated, traders.

However, a point on which we should certainly reflect is the role of social media in the spread of ideas: the “power of the virtual squares” has also shocked the world of finance, reigniting the debate on the responsibility of content published by users and how it may create a wave effect which is not necessarily positive. In this sense, tools such as Reddit and Robinhood are likely to accelerate the negative effects of significant information asymmetries, masked by the need to democratize. Hence the call for a refinement of traditional legal instruments and a higher sense of responsibility towards socially debatable, though not forbidden, behaviors.

The danger in telling about this strange Luna Park is to forget what the real “underlying” story is: GS is a company that gives work to 50 thousand people worldwide. The vortex of attention that the company is going through can have disastrous real effects if the hype of the titles will be followed by a downward collapse that invalidates the attempts of recovery recorded at the beginning of the current year.