Nikola: what went wrong? SVI points out that proper corporate governance due diligence on the start-up would have saved much reputational risk to the potential big partners in the story such as General Motors and BP

Nikola, the U.S. electric vehicle startup founded by Trevor Milton, was accused last September of being “an intricate fraud built on dozens of lies over the course of its Founder and Executive Chairman Trevor Milton’s career” by short-seller Hindenburg Research, as a result of which it ended up under investigation by the U.S. Securities and Exchange Commission and the U.S. Department of Justice.

Only two days before the release of the report, Nikola closed a $2 billion deal with General Motors thanks to which the electric vehicle startup would have received critical technology, financial support and credibility with investors. The report has driven down the price of both companies by 7% and 4% for Nikola and GM respectively and led Mr. Milton to resign as CEO while remaining the company’s largest shareholder. 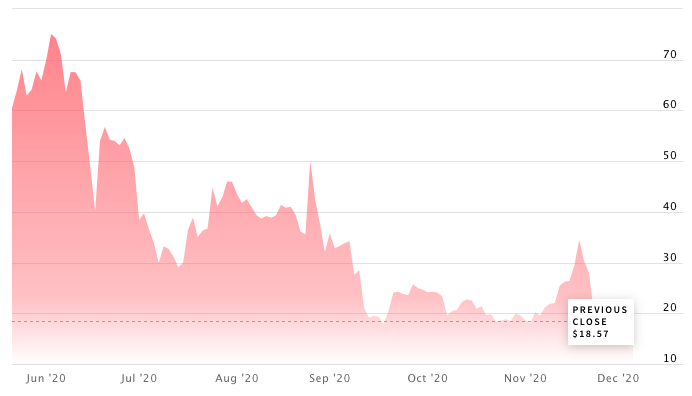 According to the report by Hindenburg Research, the Pheonix based startup had exaggerated its technology, misrepresenting suppliers’ components as its own and, once, even rolled a dummy truck down a hill for capturing in a video its product “in motion”.
The turbulent history of businesses run by Mr. Milton, which included recurrent accusations of overstating technology and lying to customers, has led in several cases to ruined business relationships and lawsuits. How is it possible that Mr. Milton was able to secure millions in financing and significant deals which at a certain point led the market capitalization of the company to surpass that of Ford’s?

After the allegations, it has been questioned if GM had previously run serious due diligence on the startup. The company, however, just replied saying that it carried out “appropriate diligence … thorough review of business, legal and technical matters”, without elaborating further.

The controversy has impacted Nicola’s business relations right away with potential partners showing reluctance in moving forward with the deals, including the deal with the energy company BP for the construction of hydrogen refueling stations, putting a stall on the startup’s ability to execute its business plan. The news regarding the stall on the deal with BP only has made Nikola’s stock price fall by 25% on September 23rd.

Two months after the scandal, GM has scaled back its partnership with Nikola, announcing on November 30th that it would work together with the startup on a much more limited basis than what they originally proposed. GM has agreed to supply hydrogen fuel cells to Nikola for use in the trucks it is developing but has not yet produced. However, G.M. will no longer manufacture an electric pickup truck for the start-up or take an 11% stake in the company, which was valued at $2 billion in September. This news has once again affected Nikola’s share price as it prompted a sell-off in the startup’s stock which resulted in a share price reduction of 27%.