Posted at 13:13h in Companies, Mining by Federica Caruso

On November 9, 2020 the UK High Court rejected the lawsuit brought by the victims of the collapse of the Fundao Tailings Dam in Mariana against the mining company BHP Billiton.  According to the relatives of the victims and the damaged activities in the region, the repairing activities carried out by BHP have not been in any way sufficient to fairly compensate for the damage caused. SVI considers that in this case just compensation can be considered a proxy to test the company’s sustainability commitment. The complaints raised by the fighting victims mark the thin line between companies’ real sustainability commitment and window-dressing. 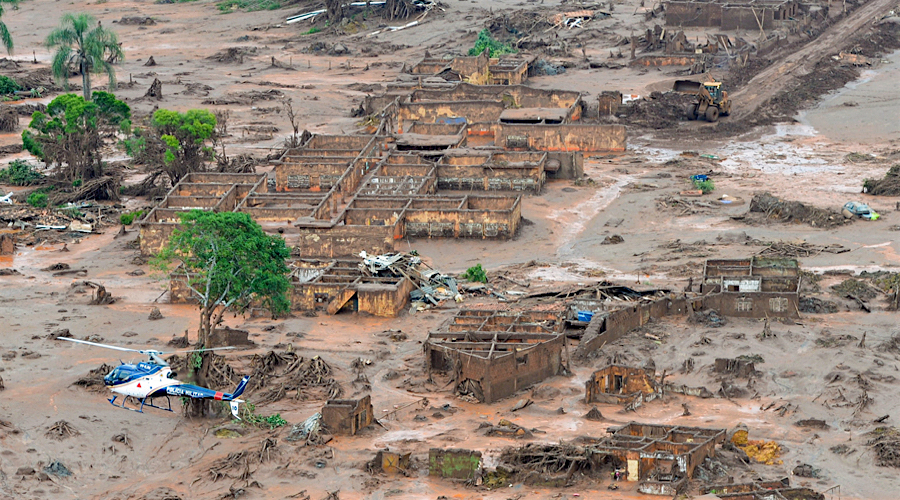 On Monday 9 November 2020, the High Court of the United Kingdom has rejected a £5bn lawsuit against BHP Billinton, the biggest mining company worldwide. The class action had been filed in the Liverpool high court in November 5, 2018 by the UK-based SPG Law on behalf of 240,000 individuals, 24 municipal governments, 11,000 businesses, a Catholic archdiocese and about 200 members of the Krenak indigenous community. The filing date was exactly three years after that on November 5, 2015, the dam collapsed killing 19 and lefting a community of 2,000 people flooded in the city of Mariana in Minas Gerais. Fundão tailings dam was controlled by Samarco Mineracao, a joint venture between Vale and BHP.

The claimants asserted that the mining company, through the joint venture, was ultimately responsible for the disaster because: “it repeatedly ramped up iron ore production and storage of the toxic tailings despite warnings that this would compromise its safety”. They decided to bring the lawsuit to the UK court because they believe that they were not getting a prompt and fair indemnity in Brazil.

According to BHP, the court decision is a “strong endorsement” of its position that the legal action was “unnecessary” because it duplicated matters already covered by the work of the Renova Foundation, which was set up in 2016 with Vale, and that, until today, has spent £1.4bn to carry out repair and compensation work.

This ruling has been defined by the lawyer of the claimants as “fundamentally flawed”, adding to the dissatisfaction of the victims. Activists working on the case and victims say the Renova Foundation is totally inefficient and ineffective, completely incapable to deliver justice to the communities affected by the disaster. Moreover, they ask for more accountability on how resources for reparation have being spent and allocated so far by the foundation, requiring better management disclosure. In February 2020 the climate justice organisation London Mining Network published a report on BHP and Rio Tinto, saying that “the two anglo-australian mining companies have a long history of extracting minerals then pulling out, leaving devastation in their wake”.

In this case, how do ESG investors consider the sustainability strategy of these companies? According to #AngelicaAmandaDeAndrade, whose sister died in #Brumadinho disaster, “Investors should pressure these companies to stop spending reparation money on superficial activities such as propaganda, advertising, and battling the victims in court, aimed only at regaining a positive company image. Collective pressure is needed to make these companies focus on truly repairing the victims, especially the survivors and those who lost family members in a just and dignified way“.

SVI consider that just compensation is a real check and a sustainability indicator. The fighting victims have turned into relevant ‘watchdogs’, marking the difference between companies’ real sustainability commitment and window-dressing.