Adidas has received complaints from employees about the lack of diversity in the workplace for years. The recent resignation of the company Global HR chief follows employees’ criticism about her approach to addressing racial diversity issues and is among the highest-profile executive changes that happened after the Black Lives Matter protests. 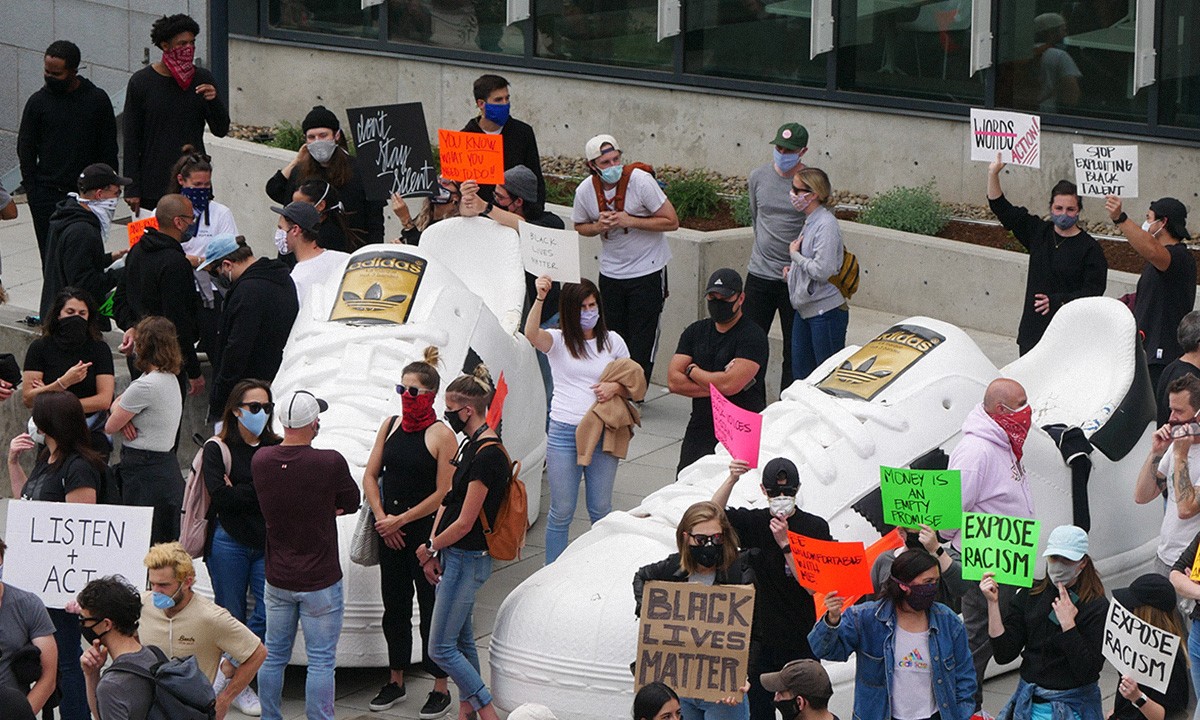 Karen Parkin, Adidas’ top executive and head of human resources globally, has resigned from the German sportswear company after a number of Black employees requested the supervisory board to review her and her past acts of racism and discrimination in the workplace. Her approach to addressing racial diversity issues has been questioned after she said, during a meeting in 2019, that racism was “noise” only addressed in America and that she did not believe Adidas had such an issue to deal with.

Parkin’s resignation is among the highest-profile executive changes following the protests ignited by the killing of George Floyd in the United States. Parkin was the only woman sitting in the executive board, which now remains composed of five members, all of whom are white males.

Following the Black Lives Matter movement, corporations worldwide have addressed the issue raised by the protests through marketing campaigns. Adidas, compared to its competitors, struggled to create an effective and sincere response to support the fight against racism, ending up reposting its rival Nike’s campaign. In addition to showing weak corporate communication regarding racial inequalities, Adidas employees have openly criticized the corporate culture which they consider far from equitable.

Adidas has received complaints from employees about the lack of diversity in the workplace for years. According to findings by The New York Times, in 2018 only 4.5% of the 1,700 employees in Portland and only 1% of the more than 300 worldwide vice presidents were black, supporting employees’ complaints about discrimination in a company managed almost entirely by white executives.

In order to pressure the company to create a more inclusive workplace, a group of employees presented earlier in June a document titled “Our State of Emergency” to Adidas executives, asking to invest in hiring more black people and commit to fighting racial injustice. Meanwhile, other workers have protested outside the firm’s North American headquarters in Portland claiming that Adidas’ top executives have promoted an organizational culture that allows racism and discrimination, failing to invest in Black employees and to value and respect their culture. Employees have also started sharing stories of discrimination and racist situations on social media, meetings and open letters directed to superiors.

As a response, Adidas has announced various initiatives to foster diversity and inclusion, promising that at least 30% of new hires in the US would be Black or Latino and committing to assure that those groups will represent 12% of leadership positions in the US by 2025. Furthermore, the company has pledged to increase funds for programs that address racial inequality to $120 million and to finance 50 college scholarships a year for Black students over the next five years.